Support and hosting provided by:

INSIDE was originally developed in the late 1990s under the leadership of Professor Lily Wai, Head of Government Documents at the University of Idaho Library. For the past two decades INSIDE has been an integral part of Idaho’s geospatial community and part of the network for interagency and intergovernmental coordination, data sharing, information transfer, and electronic communication as it relates to geospatial data.

In the mid-1990s, the University of Idaho Library was regularly receiving digital geospatial data on CD-ROMs as part of the Federal Depository Library Program. The data was housed on the first floor of the library, on shelves set aside for compact discs, inside the Government Documents reading room near the circulation desk. The room was often utilized for government documents research; most patrons, however, were unaware of the vast amount of digital geospatial data available on these CD-ROMS. These data included Topologically Integrated Geographic Encoding and Referencing (TIGER) data (census blocks, tracks, groups and other layers), aerial imagery, scanned topographic maps, and digital elevation models—all containing valuable information that was virtually inaccessible to library patrons. In other words, “[w]ithout a GIS… a user could not manipulate these [TIGER] data files, thus there was no access to them…” (Adler 233). These data were cumbersome and very difficult to access when patrons did, on rare occasion, seek them out; the head of University of Idaho Library Government Documents at that time, Professor Lily Wai, was frustrated by the disconnect between the vast wealth of data available and the fact that she was not able to make these geospatial data available to patrons in an efficient manner. Wai’s frustration, along with a strong desire to be involved in the ever-changing ways of disseminating government information, drove her to apply for funding opportunities to create what would become INSIDE Idaho (http://insideidaho.org). Her vision for a resource at the UI Library—one that would support Internet GIS and bring together academic, governmental, tribal, public, and private-sector expertise on digital geospatial data—began to take shape. She knew early on that her idea for the clearinghouse would fill a void in the current services, because “[w]e were told many times that the site was extremely useful, even before [it was] officially available” (Wai).

Wai’s vision, called Interactive Numeric and Spatial Information Data Engine for Idaho (INSIDE Idaho), became reality in the late-1990s out of combined funding from the Idaho State Board of Education, the University of Idaho Research Office, and a grant from the Institute of Museums and Libraries Services Leadership. “I thought big,” Wai admits:

I knew the idea was good, so I dragged along and tried to write grants… [eventually] the grant was approved in 1998. We got a big jump start, and that’s how I began to look big and then have a bigger picture, a bigger vision… that’s how it got started; we had… three quarter of a million dollars to start with for three years… [but then] all [UI Colleges] wanted a piece of the pie. I wrote directly to [the University president] justifying how I would deserve this and explaining why the library would be the best place: we were neutral, we were non-confrontational, we provide service, and we’re inclusive.

Wai’s “big thinking” mirrored the thoughts of leading GIS librarians in the 1990s, who recognized the economic benefits of resource sharing within academic institutions:

To the academe of the library within that enterprise, it may be helpful to rethink this concept as a circular process – how does the use of GIS influence the academic library, impact the enterprise benefits, and finally broader social and research and development issues, given research and education’s investments? All of these interactions redirect and influence the nature and types of services that academic libraries provide. (Adler 234)

Wai was driven by a desire to help, improve and transform the way an academic library thought about and managed geospatial data generated through research: she identified an opportunity, secured financial support, and created a valuable resource. For this venture to be successful Wai knew she needed to take some risks (risk-taking lying at the heart of entrepreneurship) in order to seize the opportunity to initiate change in the way academic libraries provided services for geospatial data.

For additional information refer to:

Bruce is Here to Help!

Wrapping your head around GIS can be challenging. If you need help with a specific problem, or just don't know where to start, contact Bruce. Also, here are some places you can go for help: 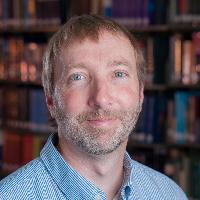 Please contact Bruce (GIS Librarian) if you have questions about GIS.